Here's everything you need to know about how your new Livescribe Symphony smartpen works and its basics. 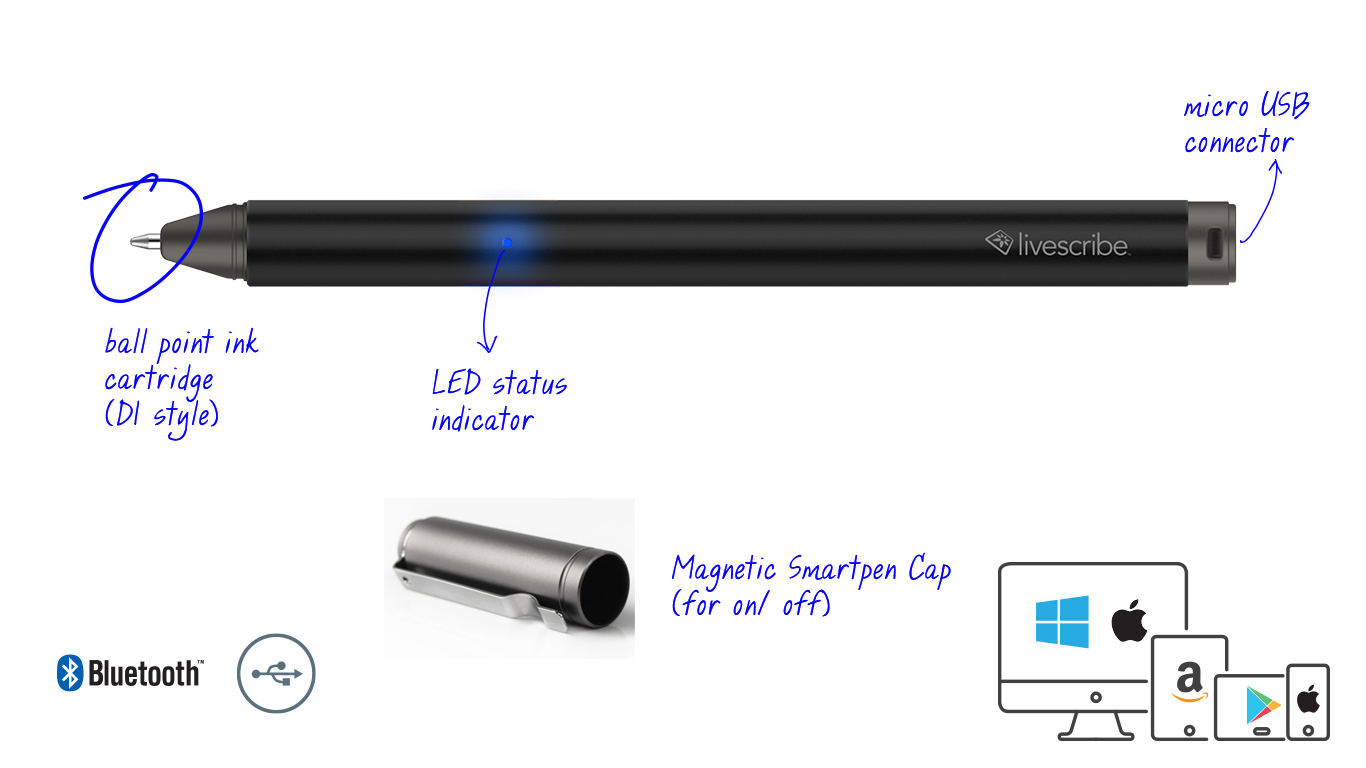 How does it work?

Can I livestream my handwriting to my mobile/ desktop?

Yes, when the smartpen is connected to your mobile/ desktop device via Bluetooth, it can live stream handwritten notes and will transfer all previously-stored notes to the free Livescribe+ App on the device.

How can I record audio while taking notes?

The Symphony smartpen  does not have a built-in microphone, but the Livescribe+ mobile App can be used to record audio while taking notes with the smartpen. As long as the App is running and the mobile device is in a perfect position to record the conversation, you will never miss a word with the Symphony smartpen. The audio will remain on the mobile device. So, virtually there is no limit to the amount of audio that you can record and the quality will also be superior when compared to recording with the microphone that is on the pen.

Even with the Symphony smartpens,  if you tap on a note the audio will start playing back in your mobile device. Just make sure that the App is running and the pen is connected with the mobile.

Should the pen always be connected via Bluetooth to the Livescribe+ App on my mobile/ desktop device?

How can I turn OFF the smartpen?

The pen cap acts as an ON/ OFF switch. When you take the smartpen cap off, the pen turns ON; when you put the smartpen cap back, the pen turns OFF. When the pen is ON, it goes into sleep mode after a period of inactivity and wakes up as soon as you start writing.
Pen powers OFF only when the battery is below 5% and the pen needs to be charged using a USB power source in order to power ON.
Did this answer your question? Thanks for the feedback There was a problem submitting your feedback. Please try again later.
Last updated on March 1, 2022