Livescribe currently has two models of smartpens in its line-up, Symphony and the all-new Echo 2. All smartpens digitally capture your handwritten notes. 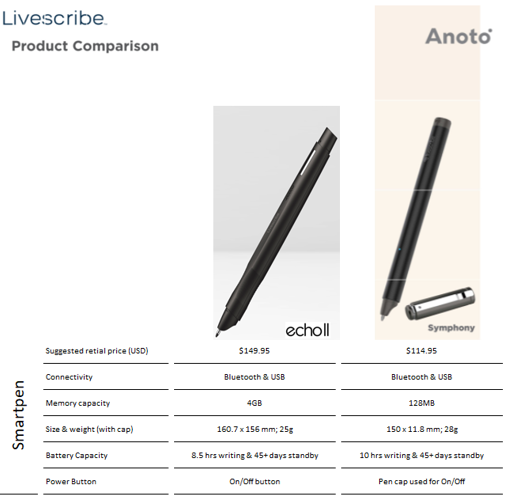 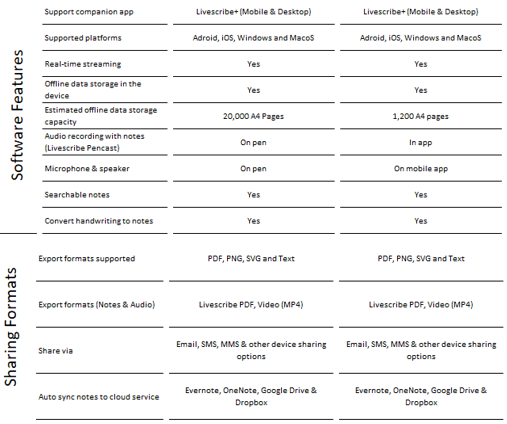 What is the difference between Echo 2 & Symphony smartpens?

All Livescribe smartpens are fully compatible with all Livescribe’s dot-pattern notebooks, capture everything users write and record (built-in mic for Echo 2 or using the mobile app for the Symphony), and work with Livescribe companion applications to provide quick access to the digital version of the captured information.

Echo 2 is purpose-built for capturing audio while taking notes, as it has a built-in microphone and stores around 200 hours of audio and thousands of pages of notes directly in the pen itself. Echo 2 is a self-contained ink and audio pen that permits users to capture everything that they hear and say while taking notes. The audio can be played back right on the pen and just the portion of audio associated with a specific handwritten note can be played on demand. Then when Echo 2 is connected to Bluetooth or USB, all captured notes and audio are seamlessly transferred to the free Livescribe+ (Mobile/Desktop) application where notes and audio can be easily archived, organized, and shared with others. 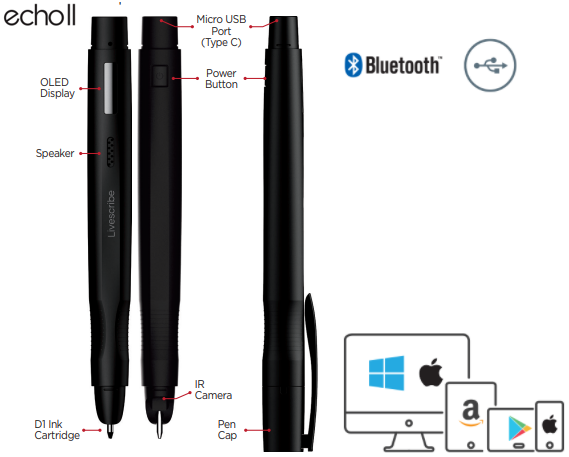 The Symphony/ Aegir smartpens are Livescribe’s newest smartpens that are slim, light, and look more like any regular ballpoint pen. It can stream handwritten notes wirelessly from the pen to the free Livescribe+ Apps that are available across iOS, Android, Windows, and macOS. The feature-rich cross-platform applications allow you to quickly convert your handwritten notes into editable, and easily shareable forms. Notes can also be sent directly to cloud services like Evernote, OneNote, Google Drive, and Dropbox.
This smartpen is more suited for people who would like to write on paper and still get all the digital notetaking benefits without any additional efforts. Using Aegir is as easy as putting pen to paper. The Aegir does not have a built-in microphone, but the App can record audio while taking notes, as long as the App is running and the mobile device in a position to record the conversation. 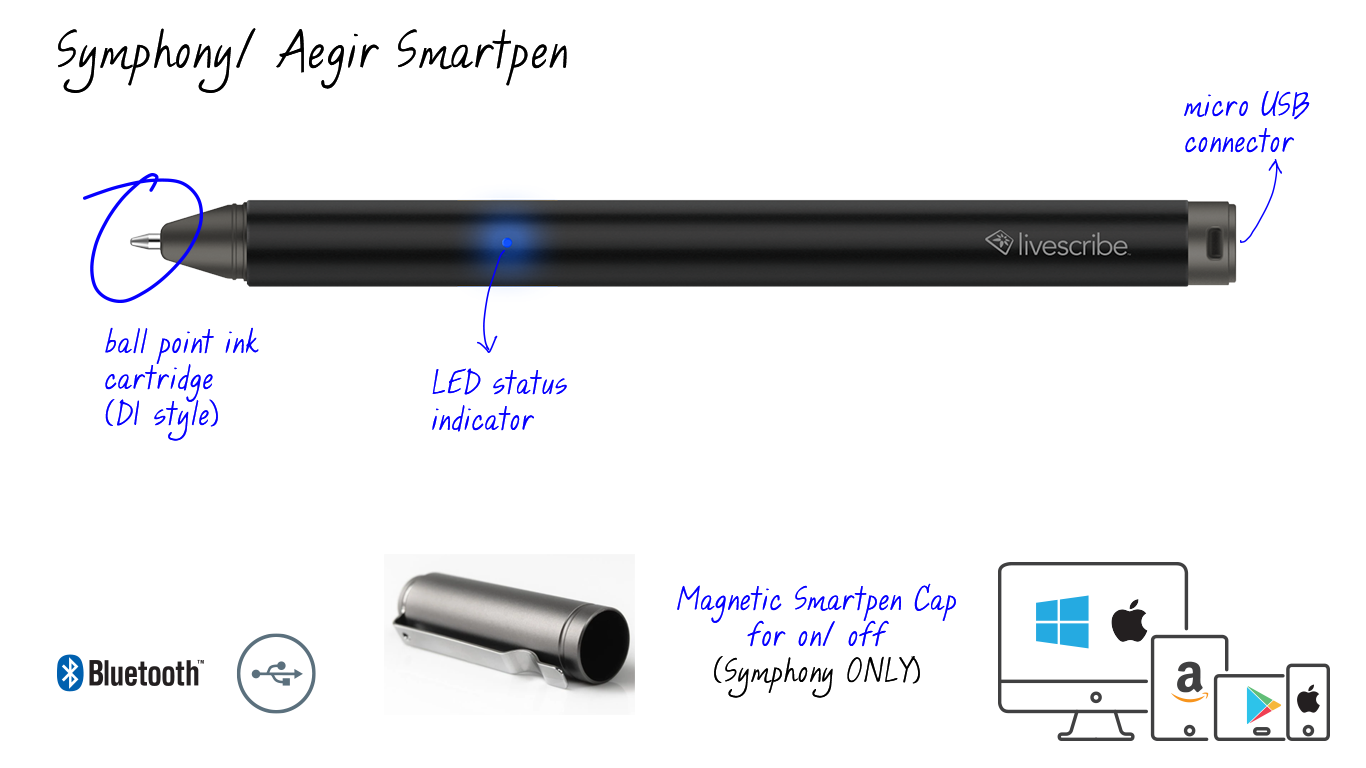 Did this answer your question? Thanks for the feedback There was a problem submitting your feedback. Please try again later.
Last updated on March 1, 2022